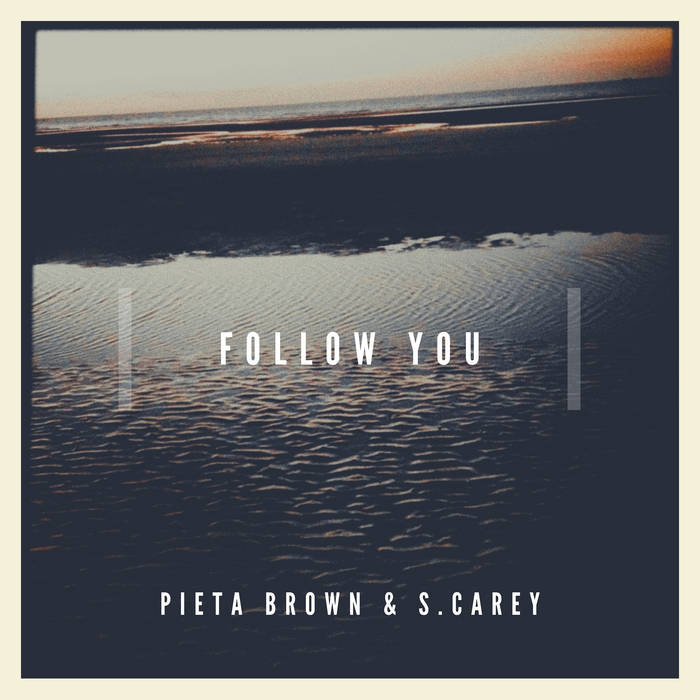 Acclaimed singer/songwriter Pieta Brown has teamed up with Bon Iver's S. Carey for a new single called "Follow You" that veers confidently into the world of indie-pop. Out now via Ani DiFranco's Righteous Babe Records, "Follow You" is a first taste of new music to come and continues to showcase Pieta's experimentation with expanding her musical palette and pushing her sonic boundaries. The accompanying video was filmed in Ireland by director Peadar Gill and features actress/dancer Taylor Graham.

"Written in Belgium standing by the North Sea, for me this song is simple," Pieta told Flood Magazine, who featured the single. "Imagination and connection amidst the chaos! 'Nature is imagination itself...' Many of my last recordings have been recorded live all in one room, and this was anything but that! This track started one afternoon in Paris with my friends Bertrand Belin and Thibault Frisoni, and morphed and grew slowly with the help of my friend S. Carey. Sean and mixing engineer Brett Bullion were very instrumental in translating my ideas into sound - and in giving this track some wings!"

"It's been a real joy helping Pieta stretch out her sonic palette on some of her more recent releases," said Carey. "And like all of her songs I've heard, this one had real legs to stand on and expand upon."

Pieta enlisted S. Carey to produce her revolutionary new album 'Freeway' last year, which was recorded at Justin Vernon's April Base Studios and also released through Righteous Babe Records. It was marked as her most experimental collection of songs to date, as well as her most confident and direct. It was met with widespread critical acclaim from NPR Music, Billboard, Stereogum, Flood Magazine, Paste, American Songwriter, Folk Alley, and Relix Magazine among many others.

The waves of the North Sea told the sand, you’re sparkling
The sand told the sea, you grow
The sea in your eyes said, I’m just passing through…

And the sky told me, you know it’s true…
And the sand told me, you’re lonely too…
And the waves of the North Sea, they told me

Bandcamp Daily  your guide to the world of Bandcamp

Benji B talks about his new compilation ‘Deviation Classics’